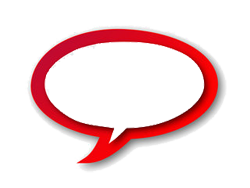 What Our
Members Say

"As one of the few remaining founder members of the Sandhurst Joggers . I look with pride at the club which has progressed over the years from a few like-minded people running around the 'balancing pond' to keep fit to the successful running club with over 350 members that it is today.
It has always had the reputation for being a friendly club catering for all abilities and all ages from all backgrounds. Whether you can run a marathon in 2hrs 40mins, or you just want to jog and chat at 15 minute-mile pace, you can always find somebody to run with. While leading a run of about twenty people recently I was impressed by the fact that the youngest was just eighteen and the eldest over seventy years. Nobody was too breathless to chat and, more importantly, everybody seemed to be having fun!"
- Roger Halliwell

"I have been running since 1982 and have been a member of Sandhurst Joggers for around 15 years. During that time I have enjoyed loads of runs, races and socials with so many lovely people from the Club, many of whom have become my friends. When I joined, there were only one or two club nights, but SJ has developed so much that it is now possible to run with the Club on almost every day of the week - catering from fast serious runners right down to slow casual joggers. Despite this it always amazes me at how well such a diverse group of people get on with each other, regardless of age, gender or ability - many forming friendships outside the Club. It's not all about running either, with many enjoying themselves at the numerous social gatherings, including pub runs, curry nights, weekends away and an Annual Ball. In summary I would say that running has become an important part of my life and so has Sandhurst Joggers."
- Mike Guess

"Sandhurst Joggers is more than a running club, it's a community of like minded people who look after each other and have fun on the run. Since I've been with the club I've meet some fantastic people and made some amazing friends"
- Paul Alexander

"I joined Sandhurst Joggers as a total "non runner" on one of the Pure Beginner courses. I couldn't run for 30 seconds to start with but with the amazing club support I have managed to run a half marathon a year from starting!! I can't quite believe it, never in a million years did I think I would ever be able to do that. I've met some amazing people who have inspired and supported me along the way. It is such a wonderfully inclusive club which I am proud to be part of"
- Samantha Lusty